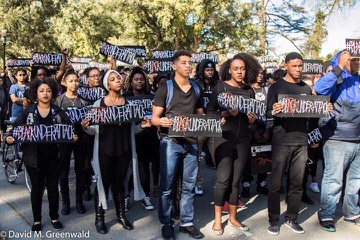 Black Lives Matter Sacramento stands in solidarity with students of the African diaspora on the campus of the University of California, Davis (UCD), as well as other non-Black people of color who face white supremacy and systemic injustice on campus and in the surrounding area. The Black Lives Matter national network and affiliated organizations that comprise the Movement for Black Lives believe it is our duty to confront anti-blackness everywhere, including cities like Davis. While both Davis conservatives and liberals may think their city is immune to racism, it is clear nothing could be further from the truth. 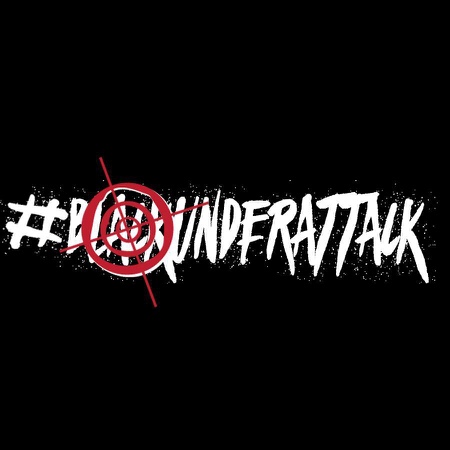 On February 15th 2016, a hate crime was committed on the UC Davis campus. Three white men assaulted a Black UC Davis student in the vicinity of her West Village Residence while yelling racial slurs. Later that day, Chancellor Linda P.B. Katehi of UC Davis, released a campus-wide statement asserting that “acts of bigotry and discrimination have no place in a civilized society and they have no place on our campus.” While prompt, Chancellor Katehi’s letter was merely an attempt to control the narrative, falsely claim that racism is not ingrained into campus life, and require the university to do little to nothing to accommodate those affected by the incident and beyond. It provided no action items that would actually make Black students, staff, or faculty safer or directly tackle anti-blackness on and around campus. Moreover, within a week, another person of the African diaspora was assaulted at the Davis Amtrak station. With these recurring acts of violence, it is clear anti-blackness is pervasive and is looming over Davis.

In response to the incident on campus, Black students under the banner #BlackUnderAttack, boldly organized and outlined a list of demands that must be met by February 29 to better ensure the safety of the UC Davis Black community. The demands include, but are not limited to:

BLM Sacramento challenges UC Davis and Chancellor Katehi to make their verbal commitment to racial justice materialize. Speeches are hollow without action. To honor the best interest of students, UC Davis must end their pattern of abandoning Black students while lazily attributing the university’s lack of action on systemic change to bureaucracy. Chancellor Katehi’s words must be met with swift action to comply with the demands of #BlackUnderAttack. BLM Sacramento calls upon UC Davis to ensure the success, health and safety of all Black students; to be an example of restorative justice  for the entire  University of California system. We also call upon Chancellor Katehi to recognize and seriously address the systemic problems Black students, faculty, and staff are confronted with, including: the low percentage of Black students admitted to and graduating from UC Davis on both the undergraduate and graduate level, the low percentage of Black tenure-track faculty and staff, and the university’s hyper policing of Black people by campus police. If these demands are not met, we will take immediate action in solidarity with #BlackUnderAttack.

Black Lives Matter Sacramento is fighting for the humanity of all Black people and (re)building the Black liberation movement in Sacramento. We are fighting for a world where Black lives are no longer systematically and intentionally targeted for demise. We have a responsibility to use our communal power to lift the voices of the marginalized and unheard. We affirm our right to demand justice, power, reparations, and our freedom, through any and every means at our disposal. BLM Sacramento is an official chapter of the Black Lives Matter national network. Follow us on Facebook at www.facebook.com/BlackLivesMatterSac and on Twitter and Instagram @BLMSacramento.