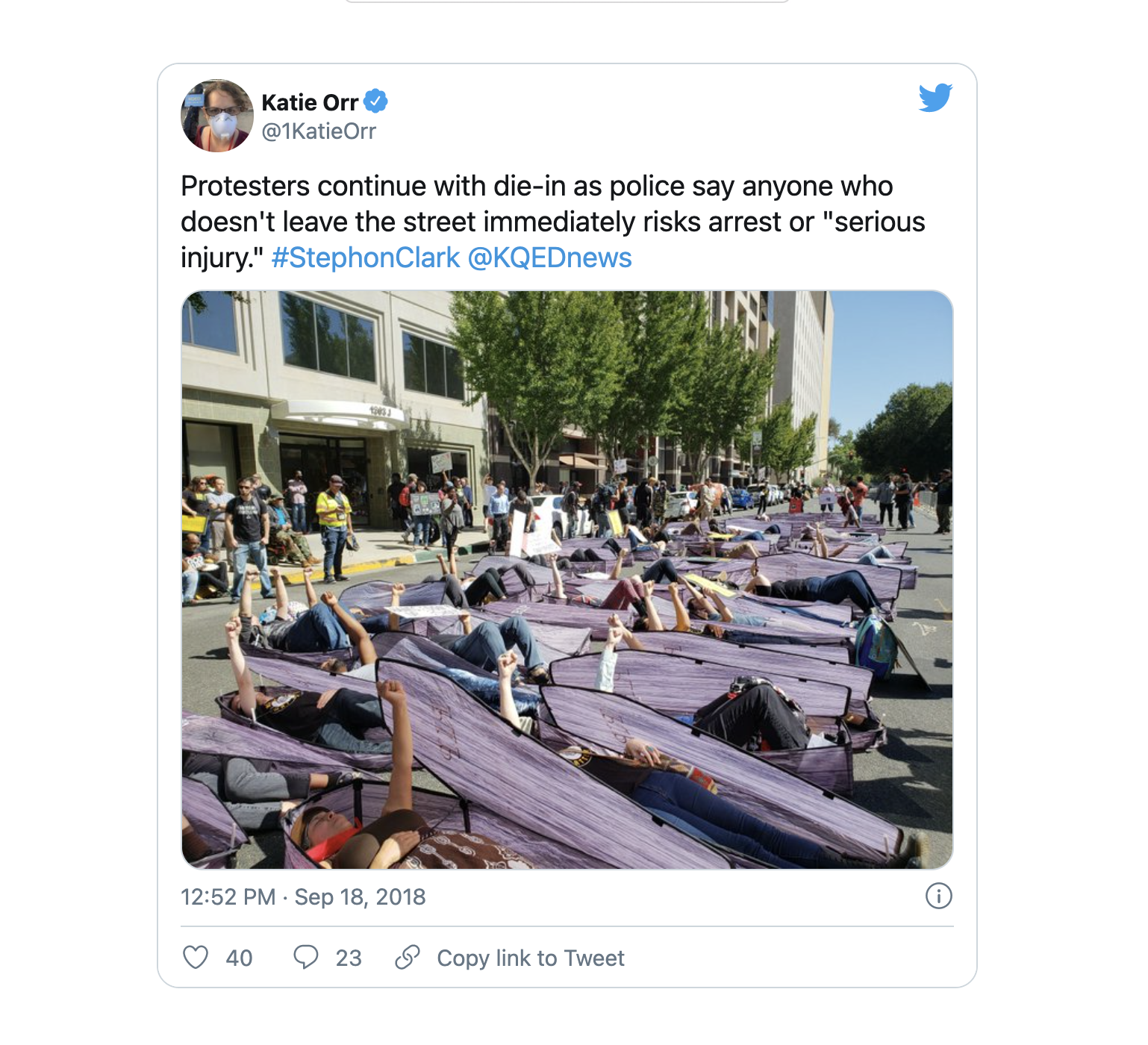 They laid dozens of makeshift coffins in the street to represent black people killed by police in California. Blocking traffic, the protesters climbed inside the purple caskets and each raised a fist in the air.

The spectacle was part of an hours-long Black Lives Matter protest Tuesday commemorating the sixth-month anniversary of the death of Stephon Clark, who was fatally shot by Sacramento police March 18 outside his grandparents’ home during a vandalism investigation.

Protesters marched and chanted outside the downtown Sacramento Convention Center, where a California Peace Officers’ Assn. training conference was underway.

Sacramento Police Sgt. Vance Chandler said Tuesday afternoon that extra officers had been monitoring the gathering since 11 a.m. When the group placed the makeshift caskets in the street, Chandler said, police issued numerous dispersal orders and brought in pastors to help move the group.

Eventually, the protesters moved to the sidewalk, Chandler said. Later, the group marched back into the street and police issued new dispersal orders. As of about 3:30 p.m., no one had been arrested and no injuries had been reported, Chandler said.

The demonstration comes at a tense time for law enforcement officers in the region. A day earlier, a Sacramento County sheriff’s deputy was killed and a second was wounded when a gunman opened fire during a routine disturbance call at an auto shop in Rancho Cordova.

The deputies responded to a Pep Boys store, where workers were having a conflict with a customer. As they approached, the suspect — identified as Anton Lemon Moore, 38, of Rancho Cordova — turned as if to run away but spun around and began firing.