On This Day: Justice For Desmond Phillips

On March 17th, 2017 Desmond Phillips was murdered by the Chico Police Department.

Desmond Phillips was a Sacramento native who had a bad experience with the Sacramento Police Department and the Sacramento Sheriff Department. It was so bad it left him with a traumatic brain injury that often induced seizures. After having this experience his father moved him out of Sacramento and into Chico. The goal was to get him away from abusive police.

Desmond was heavily involved in his church, often read his bible, had a girlfriend that he loved.

Often Desmond would experience seizures due to his injury at the hands fo SacPD and EMT was often called out to assist. On March 17th, EMT came out to help and Desmond was incoherent. The EMT said they were afraid so they called Chico Police. Chico came to his home and murdered him in his doorway. 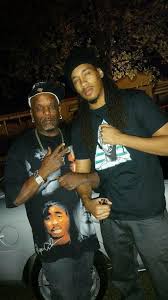