posted by Victor Brazelton | 5sc
November 24, 2020
There is something to be said that America will return to democratic control and while many will be
relieved that the previous President Donald Trump who was unable to Denounce White Supremacy or
claimed that he did not know who David Duke was when he received a endorsement from him. There Is
no doubt the Donald Trump has empowered Racist White Supremacist to come out of the wood works
and express themselves from the White House Lawn to many city halls.
2015 at the end of President Obama’s Presidential Term we saw the escalation of white supremacist
Dylann Roof who committed mass murder in Charleston in a Black church killing 9 Black people are Bible
Study included State Senator Clementa C. Pinckney. 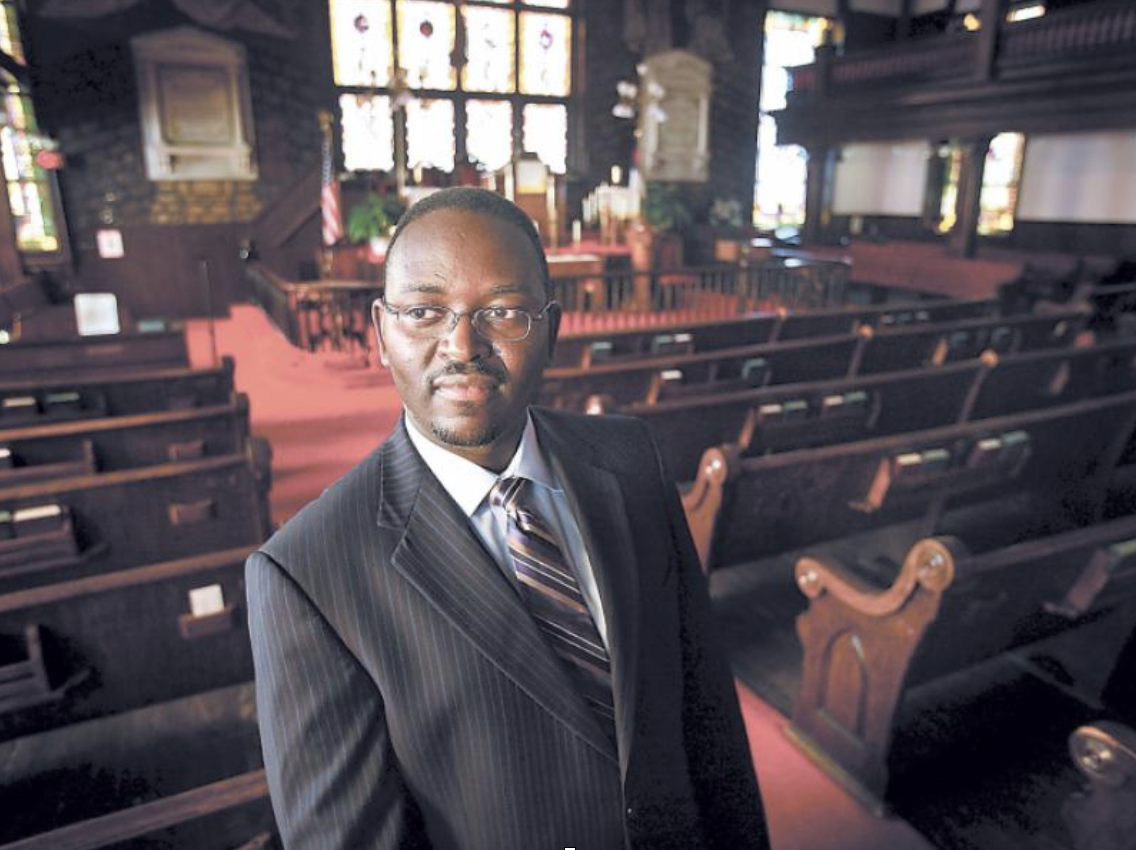 State Senator Clementa C Pinckney Murdered by Dylann Roof
The result of which was not only Dylann being taken in alive but police officer taking Dylann to Burger
King before booking him into custody. 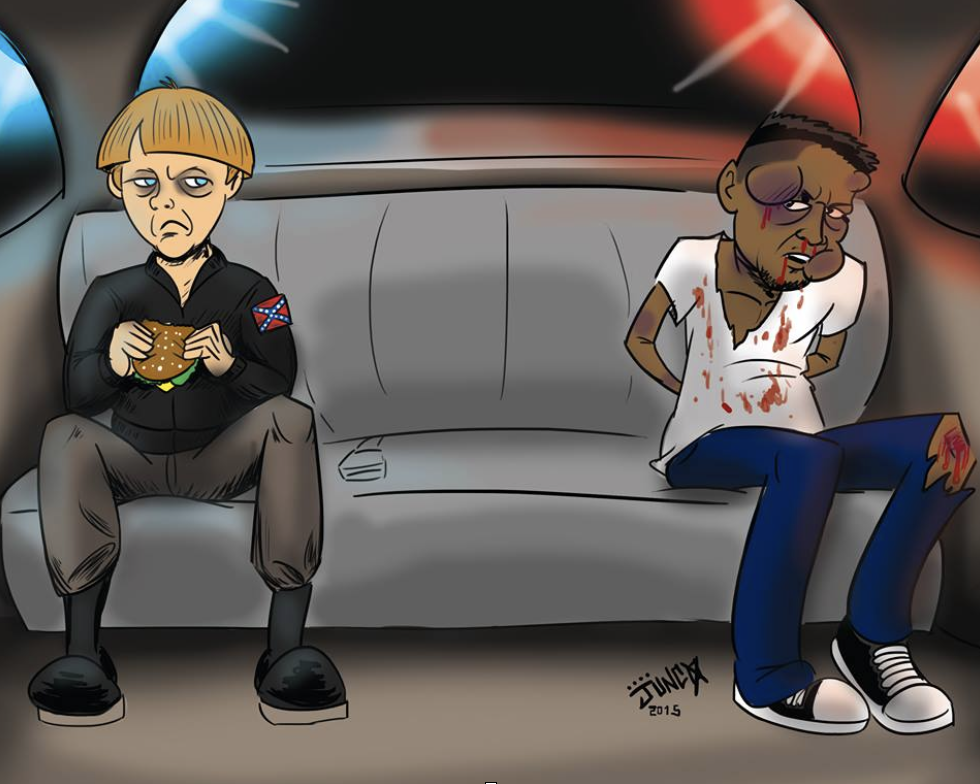 The 4 years of Donald Trump has no doubt emboldened the white supremacist as well empowered the police who have continued the murder of unarmed black men and woman through out the country with little to no acknowledgment from the President outside and outright display of neutrality or encouragement to remain rational about Black Death.

When White Supremacist Ran a car into Black Lives Matter Protester the President Responded that there were good people on both sides.  This has now become a prominent tactic using vehicles to murder Black Lives Matter protestors most recently killing one. 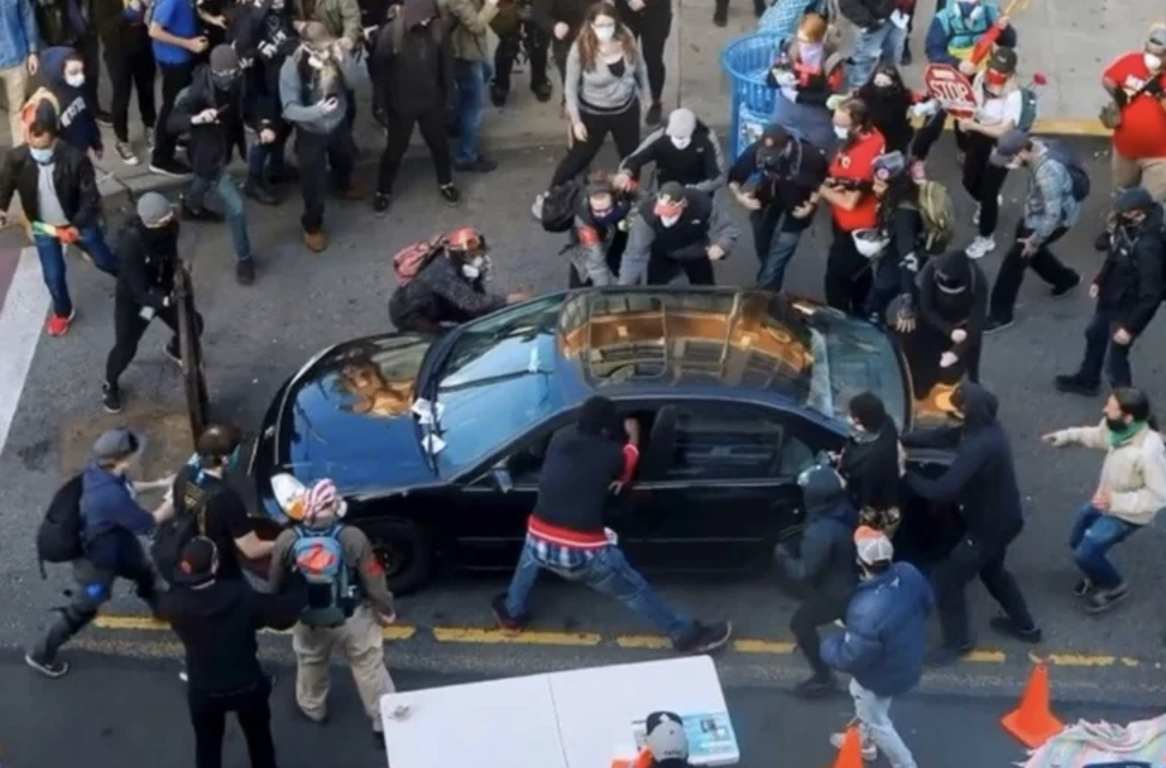 Breonna Taylor, George Floyd, Atitanna Jefferson rather red state of a blue state we find that Black People Still remain unjustly murder by the police and Justice still remains allusive rather Obama or Donald Trump Black Bodies when it come to Police Violence has remained a largely ignored issue when it come to making real police change.

The biggest difference that we saw from the Democratic Party during public out cry over the Murder of George Floyd were great deal of posturing and photo ops but little to no action taken locally or nationally to move legislation to bring justice to the black community for the continued violence experienced by the police. 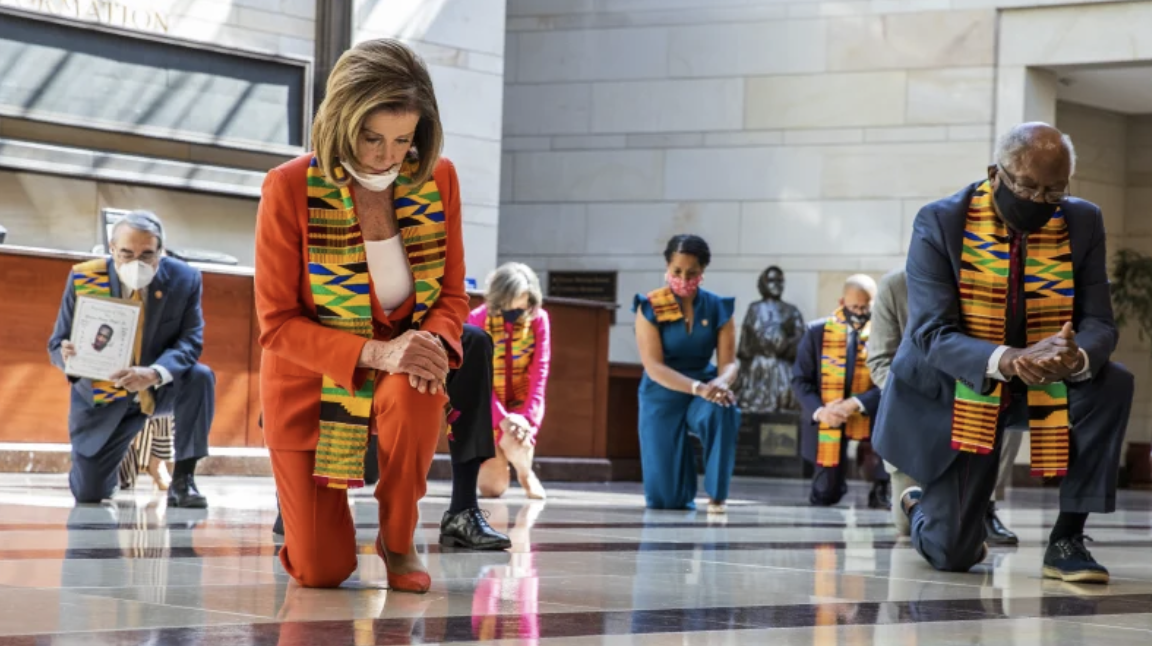 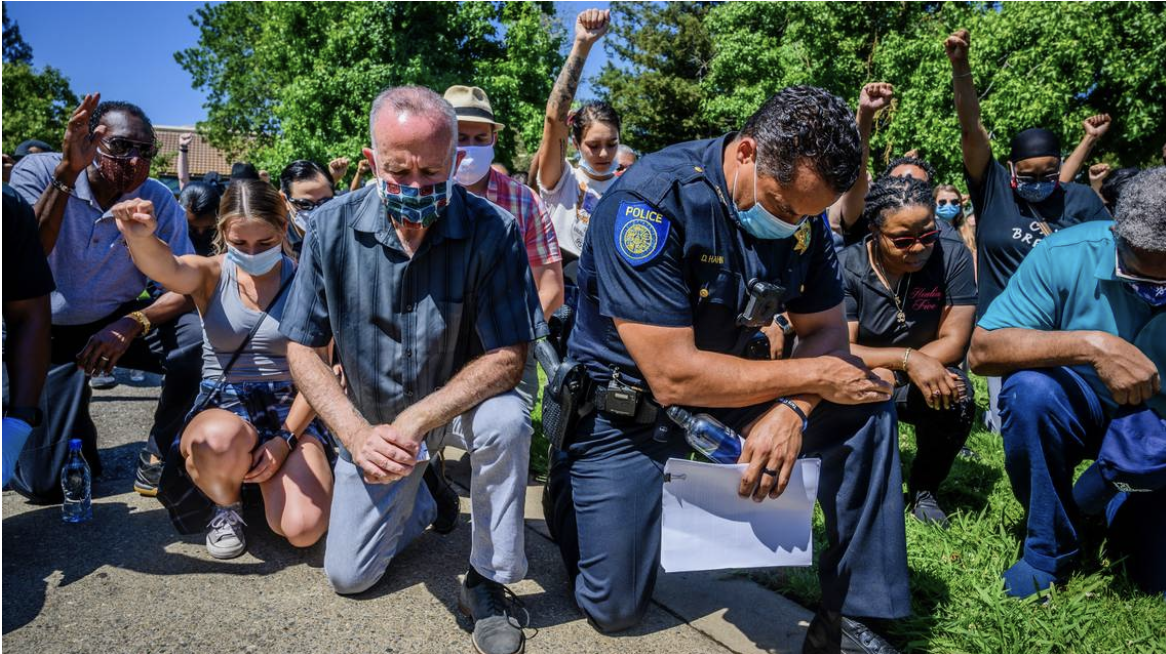 Mayor of Sacramento Takes a knee for George Floyd

So while half the country is cha-cha slide and electric sliding at the news of the first black woman Vice President I am not mad, get it.  Also  know that She was a Prosecutor who sent many  Black People into bondage over petty drug charges.  Knwo I can cha-cha slide with you  on Sunday at the cookout but I am gonna be on the line demanding change and police accountability the same way I was at Donald Trump.

Just cause you condemn and you take a good photo you have not brought Change when it come to police violence. 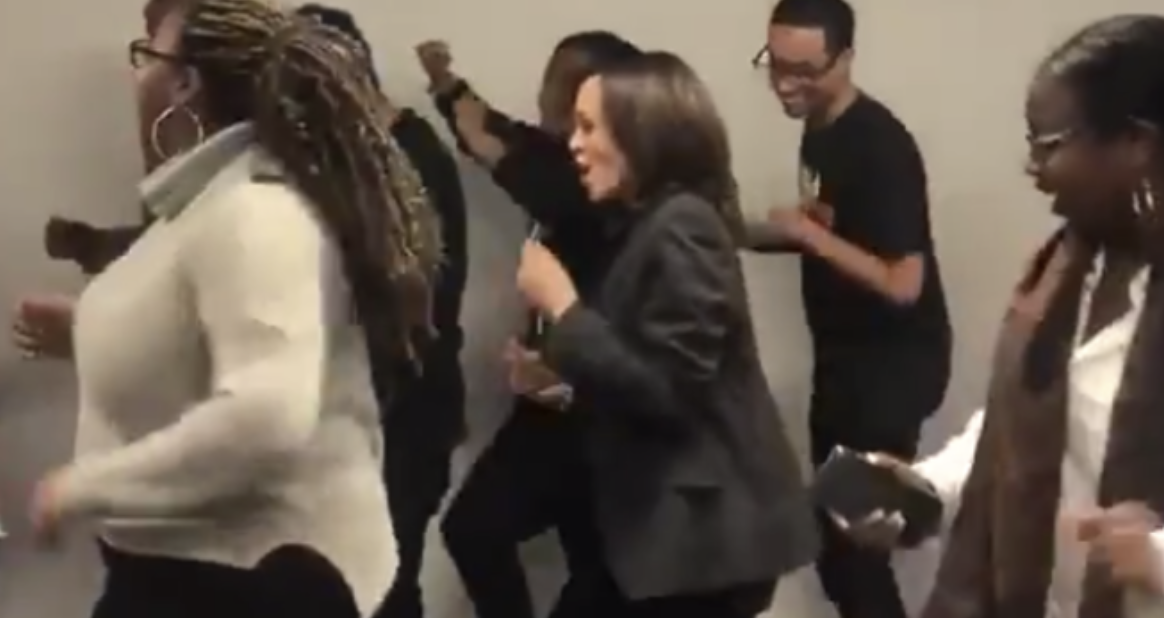 Joe and Kamala will not save me but I am sure gonna make sure that they are out here getting this work when it come to Police accountability and the continued Black Death continue at the hands of those who we pay to protect and service happening coast to coast rather its a blue state or a red state there seem to be a commonality of a blue uniform that continues to spill red blood of the bodies of my black brothers and sister.  Justice must come now! Justice can not wait we have waited long enough you are in this position because more than 1/2 the votes come from black folks and People or color.  We expect to see our children to stop dying at the hands of those we pay to protect and service.  We demand to see our brothers and sister returned home from the jails and prisons that you unjustly used to capitalize off of in California and throughout the nation.  We demand to have our children released from cages and accountability for where every single one of our children are and to get them returned to us.

You wanted this Job we gave it to so make sure you get this work cause there is plenty of work to get and know that at least we are not the orange man who is not going to cut it.. You're gonna have to show real difference in more than just words and photos ops but actions, deeds and legislation.