- We demand the names of the officers that shot and killed Darell Richards, and we demand that in the future that the legally required release of names is done within 30 days of the incident….for transparency.

- We demand that the officers that killed Darell Richards, are fired from the Sacramento Police Department, and that the District Attorney files charges.

- We demand that the City of Sacramento reimburse the family of Darell Richards, for all unexpected expenses spent on Darell’s funeral and burial.

SacPD implemented three new policies in 2018 and two were violated by SacPD
on the night that Darell Richards was killed.

- We demand that all policies are changed to require set consequences when policies are violated, to create transparency, accountability and build trust in the communities you police.

In November of 2017, Black Lives Matter Sacramento told the public and the
council, of the dishonest incomplete completion of SacPD’s Crisis Intervention
Training.

- We demand oversight of implemented trainings, and a more compassionate method in the handling of community members suffering from a mental health crisis.

- Lastly, we demand that video and audio are not accompanied by a narrator providing unverified information that is not visible on the video and audio being narrated. That is a false narrative. We demand no narrating at all on all video/audio released regarding police involved altercations. 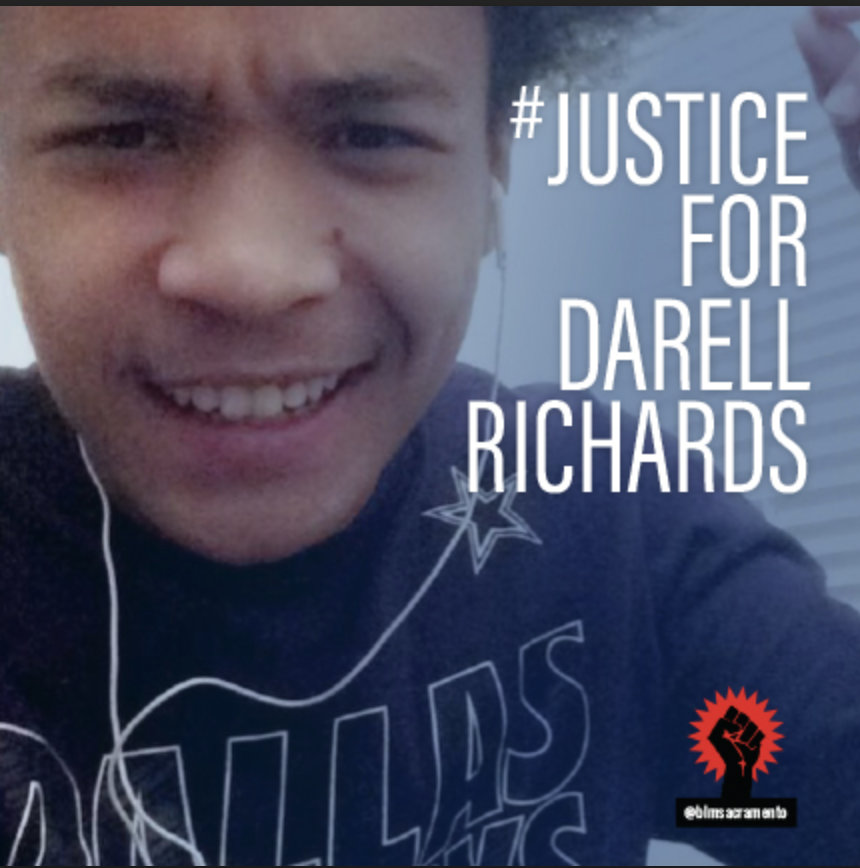