Dear Mayor, You Are Invited to Get Back to Work 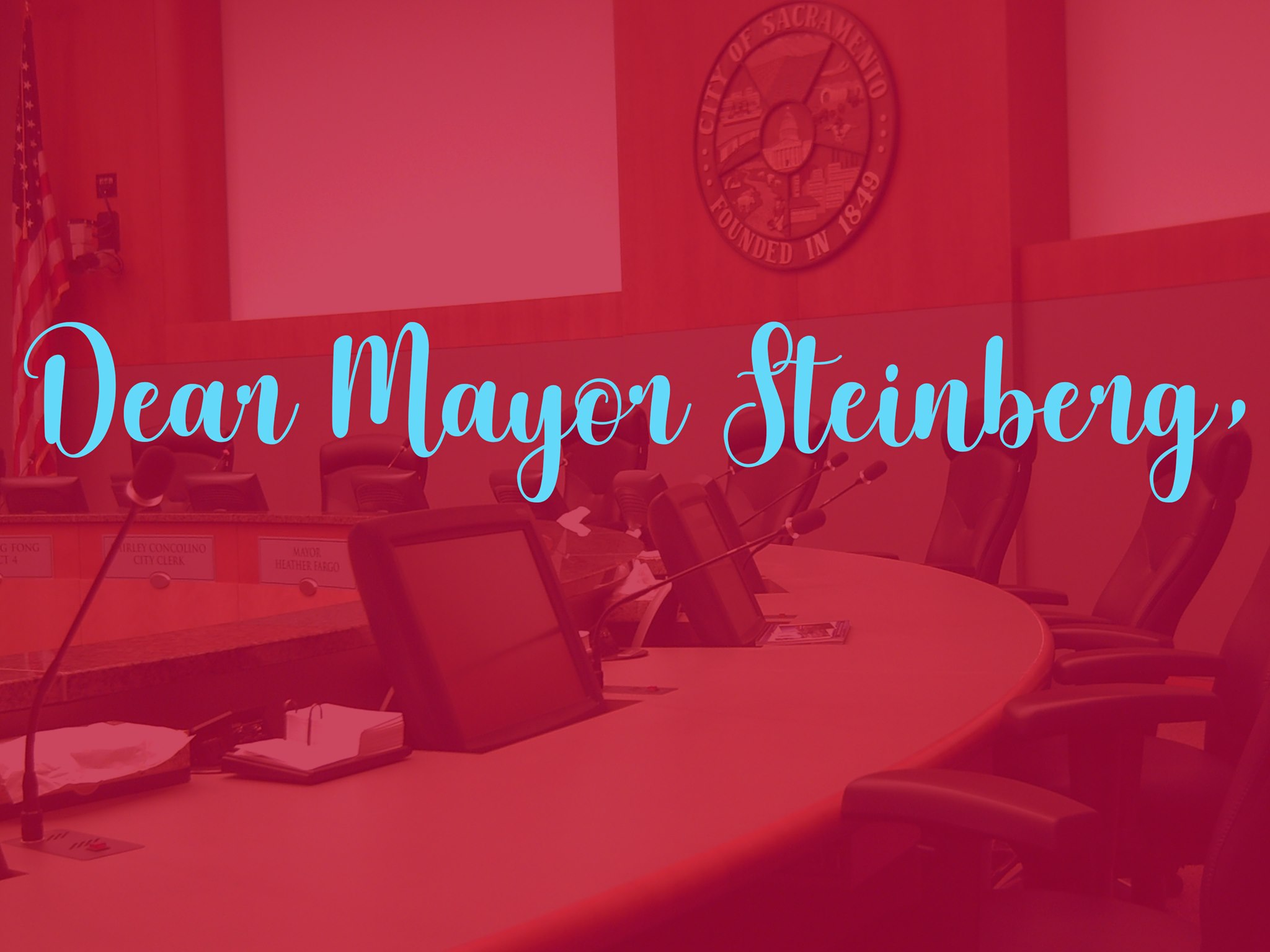 You are formally invited to have your first in person council meeting. Covid has relieved you from the public outcry regarding the negligence of our city's real issues.

We heard that you wanted to be invited to the last action we had at your home, but there was no way we would allow you to make our event into your photo op.

But this is long overdue. We need you to come back to an in person council meeting and we have some things we need you to take care.

>>Ask that all cases in which you have been Mayor will be reviewed by your office once this change has taken place in the city charter and you plan to take disciplinary action up to and including termination of the officers who have been involved with the murder of unarmed black men in our community.

>>Move to have the City Manager, Howard Chan, removed for not taking action surrounding terminating officers who have murdered unarmed black members of the Sacramento community.

>>Publicly say that you do not support District Attorney Anne Schubert due to her failure to seek justice in the case of Stephon Clark and instead of investigating the officers who murder Stephon Clark she joined in Murdering Publicly, Stephon Clark a second time.

>>Lastly, when you Say Black Lives Matter you can finally listen to the request of the Black community and take immediate action to have a civilian lead police oversight committee that is modeled off of the oversight committees of Berkeley and Oakland which have full investigation power of officers, including subpoena power, as well as the ability to take disciplinary action up to and including termination of officers. No police officers should be allowed to sit as an acting member of this oversight committee. It is our tax dollars and we should be able to investigate and hold those officers accountable when it comes to cases of police brutality in our community. The City and the current structures have already shown that they are unable to handle such responsibility when it comes to the black members of our community.

The people will be there for the meeting.
Bring the council with you.

Time to fix the parts of the city that you have the privilege to not be impacted by.

Time to stop only caring about a very small demographic of the community that elected you.

Time to stop hustling our people to control the rest of our people.

Time to stop telling us that we should have discussions....naw..we want you to take action.