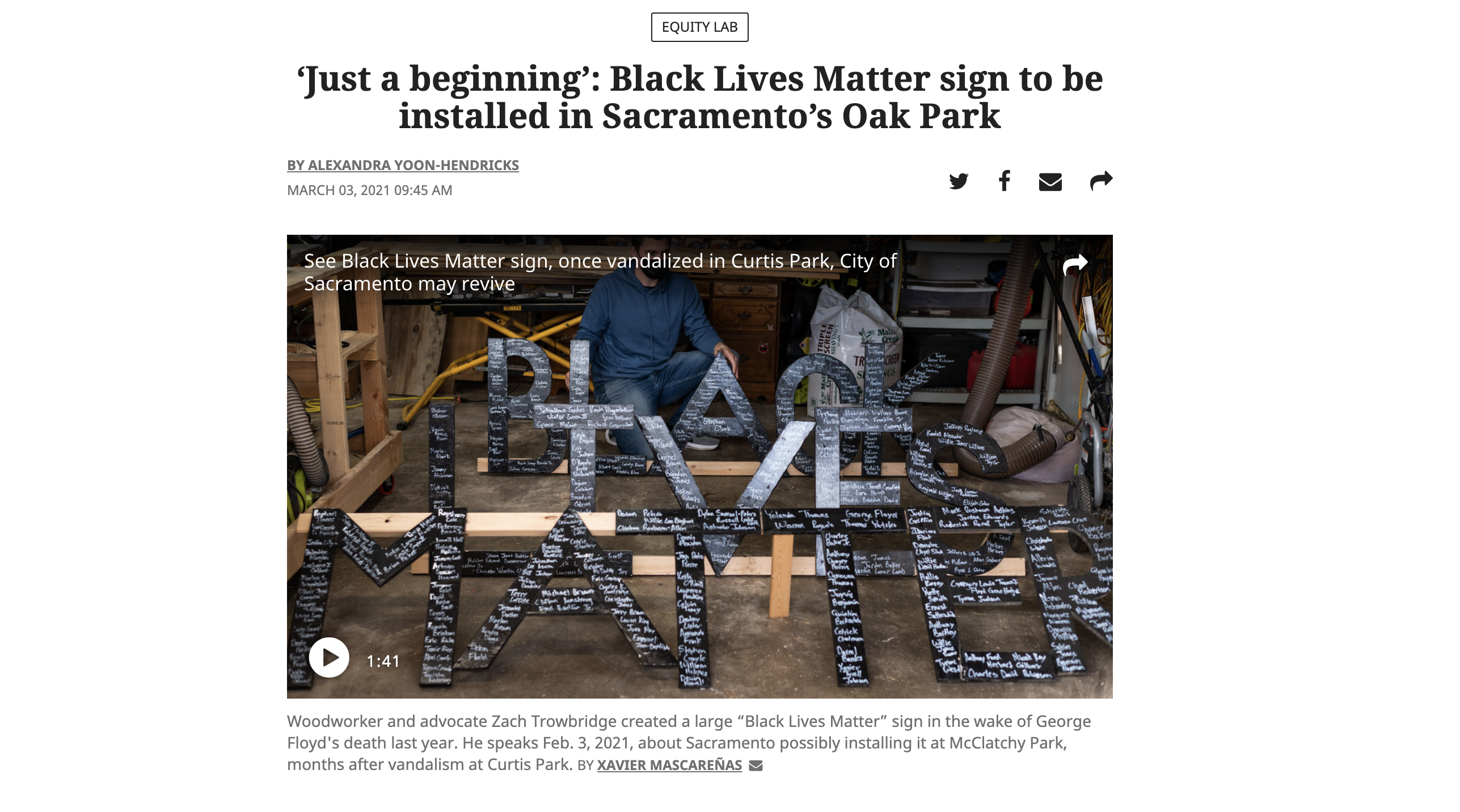 It’s a simple sign for a clear message, backed by the city of Sacramento: Black lives matter.

A wooden structure spelling the words “Black Lives Matter,” the movement and global rallying cry for racial justice, will be installed at McClatchy Park, located in one of Sacramento’s historically Black neighborhoods. Unanimously approved by the City Council during its Tuesday meeting, the sign is covered in hundreds of names memorializing unarmed Black people killed by law enforcement.

Community advocates say they hope the sign will be a symbol of a commitment from city officials to improve the lives of Black residents in Sacramento.

The sign’s creator, a white Sacramento resident named Zach Trowbridge, built the structure in response to the police killing of George Floyd last May. It became a fixture of protests last summer, traveling from Capitol Park to eventually Curtis Park.