Shut it down: Shutting Down the Arena and the Aftermath of Political Double Speak and Piecemeal Reform 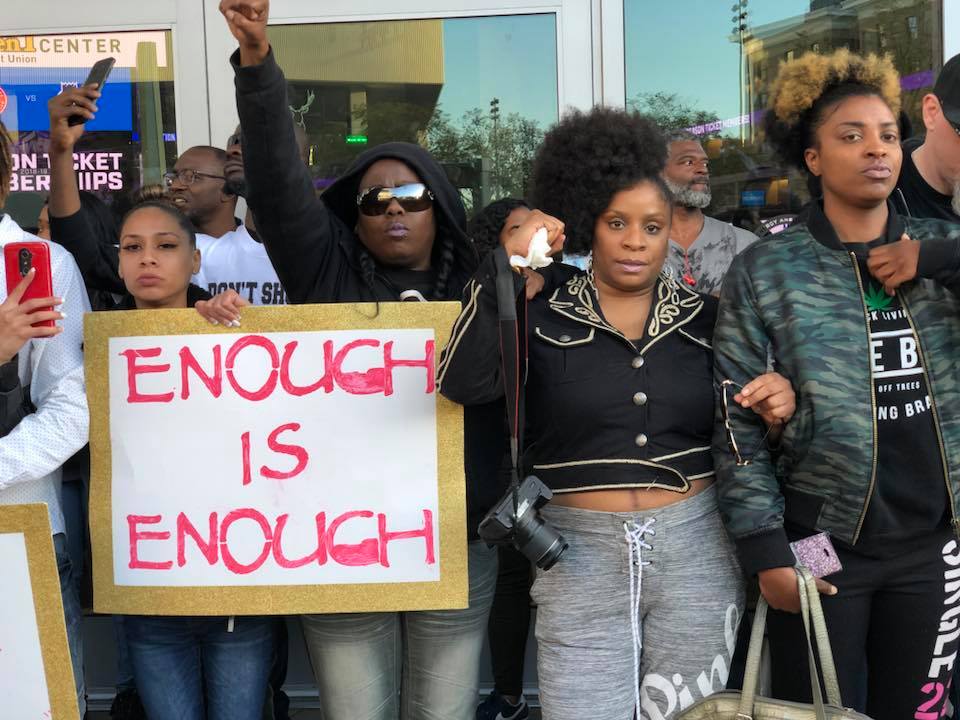 I will start by saying that I am an abolitionist unapologetically. I see the prison system as a refinement of slavery and a technology that the state uses to extend slavery through immigration policies and colonialist policies of indefinite detention and over policing to harvest free black and brown bodies from our community. I fight for the end of slavery in any form especially ones that are constitutional allowed.

I say it because I know what I write will be wildly unpopular in the community of activist after the shutting down of the arena but I think it needs to be said.

Shutting down the arena was one of the most effective things I have seen the people of Sacramento do. It had both an economic impact to the city and an ability to wake up many people in the city who had become apathetic to the fact that every 3 month the police were killing a black member of our community often unarmed. That for years there had been a rally of both direct action and policy options lead by Black Lives Matter often on there own dime and own time presented to the city with no or slow action. The shutting down of the arena had a multilateral and cross functioning organization effort and it's not that there had not been this effort before there had been many multilateral and cross functional organizational efforts primarily in the Chambers of city hall where the response had been policing of grief after Joseph Mann and the outright refusal of city council to hear from the people by walking out when it came to police violence in the city of Sacramento.

Something about the arena was different, it was economically and it placed Sacramento at the center stage of national attention. The lowest attendance for a game and it brought real media attention to a one news paper town which often tows the line of the city and police narrative. This was the defining moment and it was beautiful. Our children were there, learning from us how to take direction action. We were on the line helping and explaining to angry fans how the lost of black members of our community mattered more than a basic ball game and something needed to change. 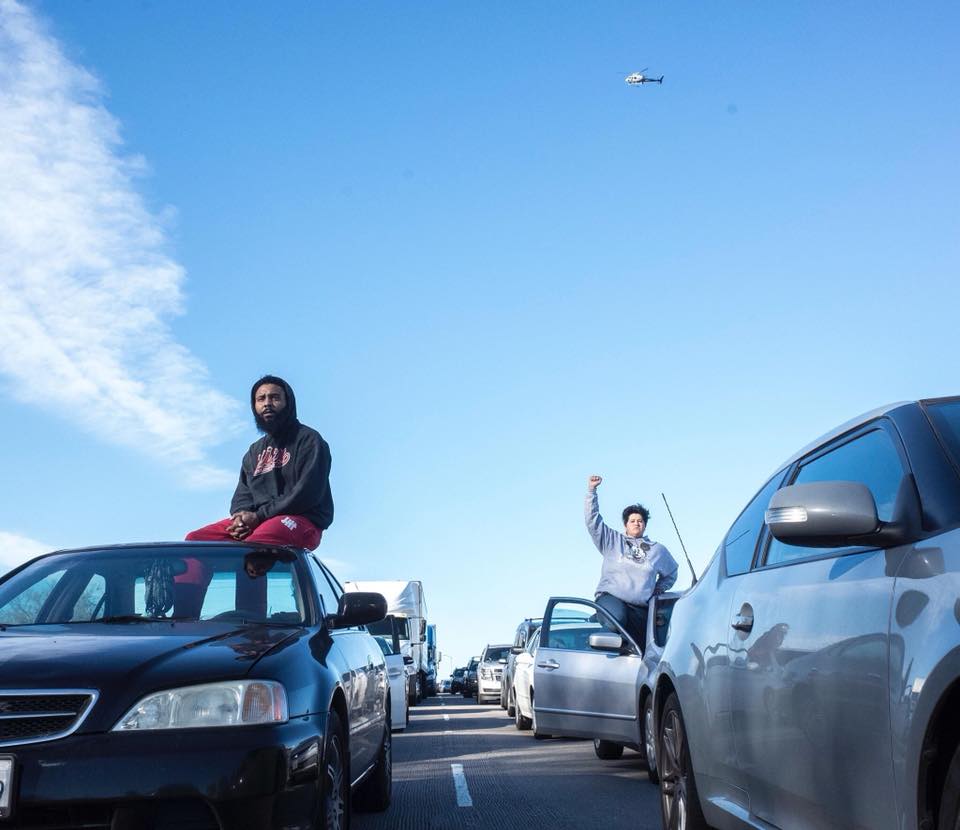 The first offer came, the Kings would help economically and denounced publicly the actions of the police department. Politician who had up until this point walked out and turned there back on the people offering solutions. With the citys need to pass measure U, the primary funding source for the police department. Now deaf ears could hear us loud and clear and were willing to place members of the community on the measure U board to make sure that this money was invested in the community, this same money that not to long ago was spent to clean up duck shit and rehouse turtles. Millions of dollars towards these effort while many of the members of our community remained homeless.

These same council members were now willing to make changes. The question is what real change have they made, outside of political double speak, how have they moved in the direction of independent police over sight with subpoena power, the primary reason that pastor Les stepped down from the police over sight commission to join the fight. It's nice that we have a new gym floor and the Jr Kings but where is the accountability leveraged for the oversight that is desperately needed and where are the dollars to sustain that fight.

I am also excited that the mayor says that economic development is going to come to meadowview maybe we can start with a grocery store. What make me angry is that this is not a win for people in Meadowview it's an insult which should raise the question why was this development not happening all along. Why is it that the people have to wrongfully have a member of our community killed and then cause an economic impact to the city before there is a discussion of economic development. This should have been the plan all along and it should be detailed as to how this economic development will impact the communities that have been effected by police violence. How can we build black when the economic development isn't focused on building black as a priority in our neighborhoods from the mayor and the city and why should we be happy that this type of development is only offered after the thrush hold of the bodies counts reach a certain number or the news escapes the one news paper circus and reaches national attention. It's insulting an we deserve more.

SB392 - the news here is that change no matter how small is a change. The issue is that it is toothless and we will be going back to the drawing board so I am thankful for those who did the work on this bill and thankful for the continued work that will be necessary to move towards accountability it would seem unlike the economic development offered by the mayor the body count has not reached the state levels thrush hold to anger and hold account most powerful union. One in which leverage monies to pay the district attorney days before she starts and investigation surrounding Stephon Clark. This bill does not deliver us Justice it delivers us refinement. 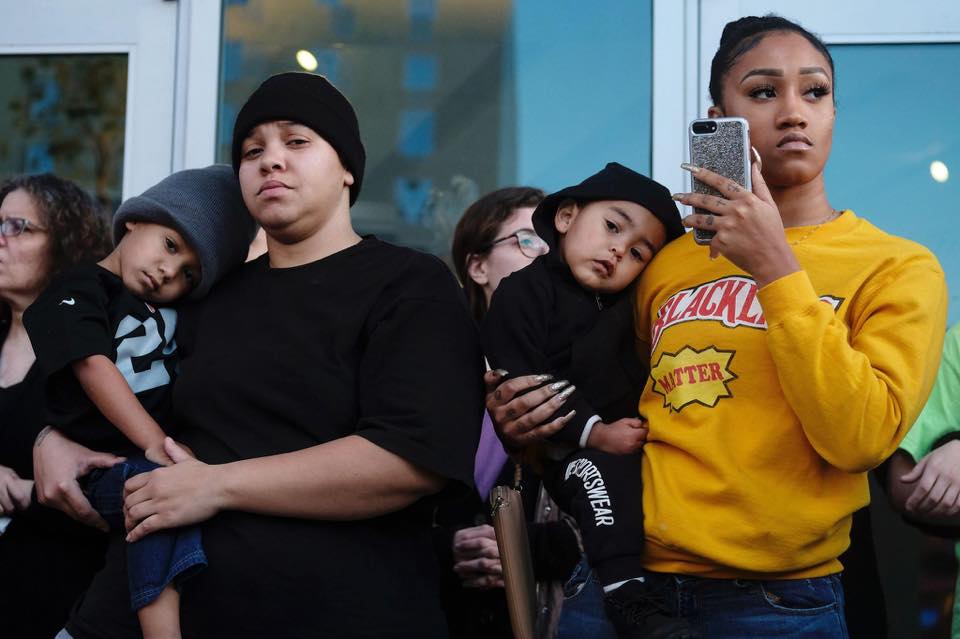 Lastly, internal conflict, discredit, dismantle and money provided to player who know how to play the game. Money shifts the playing field. I am a strong believer of not accepting the first offer because its usually what's owed to you any way. In the instance of the arena shut down it's what happened allot of promised money and investment that was owed to the community anyway. What it allowed was for them to control the narrative, provide funding to those they thought would play the game the way they needed and internal conflict in a place just 6 months ago had unity towards the goal of seeking justice for the members stolen from our community from police violence. This is not to throw shade but from my observation it was BLM that had done a lot of the organizing both out in the streets and offering policy options as a forms of resolution to the city. I am not sure what the Kings offered this organization to help monetarily sustain and capacity build on there efforts. Not too sure that other organization that received money reached out to them either an asked how they could monetarily help to sustain or capacity build their efforts.

I say that to say this. If building black is going to be the focus then we have to be able to capacity build inside and across these network's and it has to be regardless of if they are in line with what the city needs for us to help them marshal in because that collective cooperative action is what got us here. There is no doubt that what was offered as Justice while I hope there is not there will be a need for us to be out in the streets again. Holding a line shoulder to shoulder again. This time I hope we don't take the first offer. That we demand what is our cause it's ours and what should have been done in the first place. That if we are going to build black that we finacial help organization that help to get us here when there is sponsored money and that we make sure that we are centered in the economic development and it leads to real economic mobility and ownership. Not just a political win for the mayor. We deserve capital but if we are going to matter if black lives are going to matter we have to demand that we get what is ours because it is our and not take it as a resolution to justice.