Facebook while black: Users call it getting 'Zucked,' say talking about racism is censored as hate speech 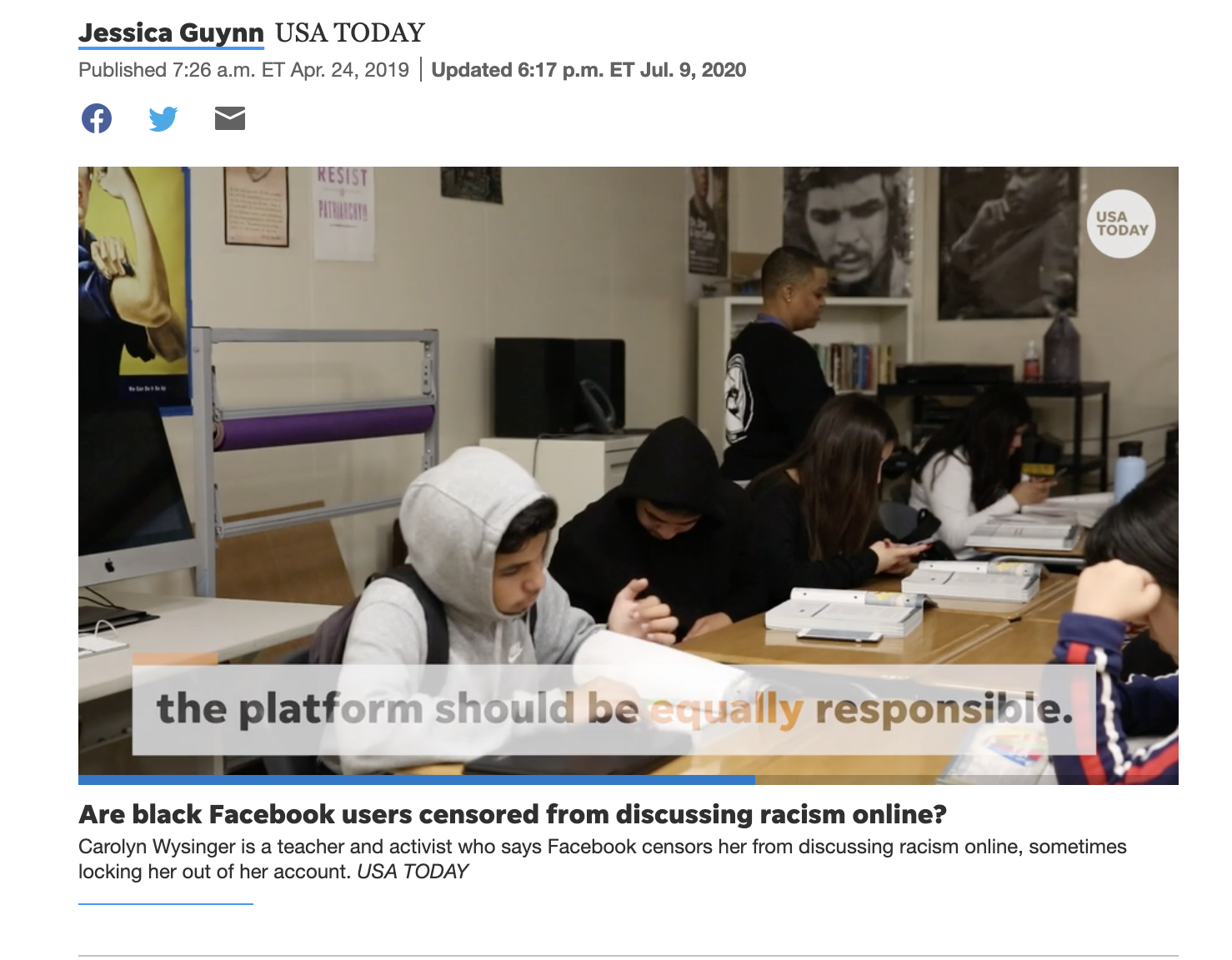 It was spirit week, and Carolyn Wysinger, a high school teacher in Richmond, California, was cheerfully scrolling through Facebook on a break between classes. Her classroom, with its black-and-white images of Martin Luther King Jr. and Che Guevara and a "Resist Patriarchy" sign, was piled high with colorful rolls of poster paper, the whiteboard covered with plans for pep rallies.

A post from poet Shawn William caught her eye. "On the day that Trayvon would've turned 24, Liam Neeson is going on national talk shows trying to convince the world that he is not a racist." While promoting a revenge movie, the Hollywood actor confessed that decades earlier, after a female friend told him she'd been raped by a black man she could not identify, he'd roamed the streets hunting for black men to harm.

For Wysinger, an activist whose podcast The C-Dubb Show frequently explores anti-black racism, the troubling episode recalled the nation's dark history of lynching, when charges of sexual violence against a white woman were used to justify mob murders of black men.

"White men are so fragile," she fired off, sharing William's post with her friends, "and the mere presence of a black person challenges every single thing in them."

It took just 15 minutes for Facebook to delete her post for violating its community standards for hate speech. And she was warned if she posted it again, she'd be banned for 72 hours.

Wysinger glared at her phone, but wasn't surprised. She says black people can't talk about racism on Facebook without risking having their posts removed and being locked out of their accounts in a punishment commonly referred to as "Facebook jail." For Wysinger, the Neeson post was just another example of Facebook arbitrarily deciding that talking about racism is racist.