The family had a chance to make their voices heard on Black Friday.

Incite Insight/BlackLivesMatterSacramento hosted a vigil to remember Adriene Ludd through the eyes of those that knew him the best.

Over 100 people came out to remember Adriene, and to highlight the injustices that happened to Adriene, as well as to others throughout the Sacramento area.

I. We need the Sacramento Sheriff Department to give the Ludd family the
-Police Report
-Autopsy Report
-And the names of the officers involved in the shooting of Adriene Ludd

II. We need the Sacramento Sheriff Department to release the dash-cam footage and for every officer to wear body cams. The body cameras should be required to be on, and footage should be public record.

III. We need the new Inspector General, Rick Braziel, to conduct a complete and honest investigation into the murder of Adriene Ludd.

IV. We need the Sacramento Sheriff and Sacramento Police Department, to implement a procedure that complies with AB953.

(AB953 Does the following according to the ACLU

Update California’s definition of racial and identity profiling to be in line with federal recommendations by including other demographic characteristics, such as gender and sexual orientation.

Require that California law enforcement agencies uniformly collect and report data on stops, frisks, and other interactions with the communities they serve.

Establish an advisory board to analyze stop data and develop recommendations to address problems with disparate policing where they exist.)

Bringing it back to the vigil. Many came out to remember Adriene. We met at the Target on Madison and listened while family and friends remembered Adriene. Pastor Davis was there to start us off with prayer, and spoke about how the bible tells us that we are expected to fight for justice.

We were joined by Dionne Smith, the mother of James Rivera. He was also killed by police in Stockton CA. With her Cyndi Mitchell, the sister of Mario Romero. He was also a victim of state violence.

Here are some photos of the vigil on Black Friday: 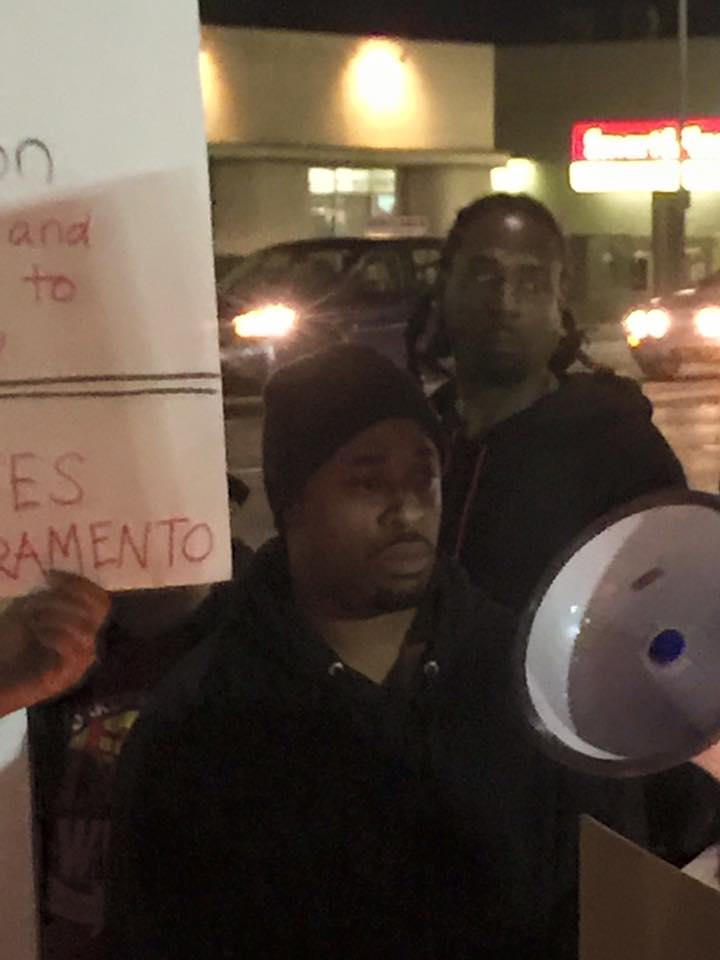 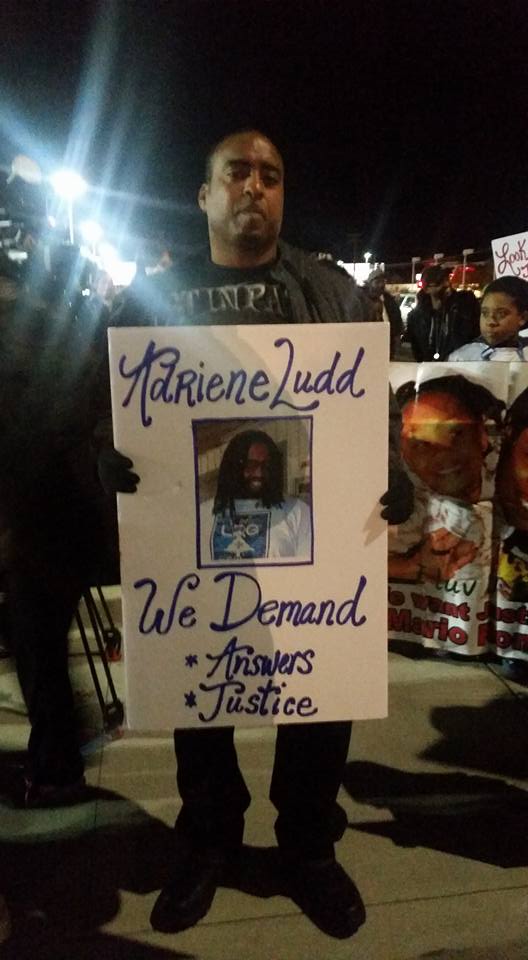 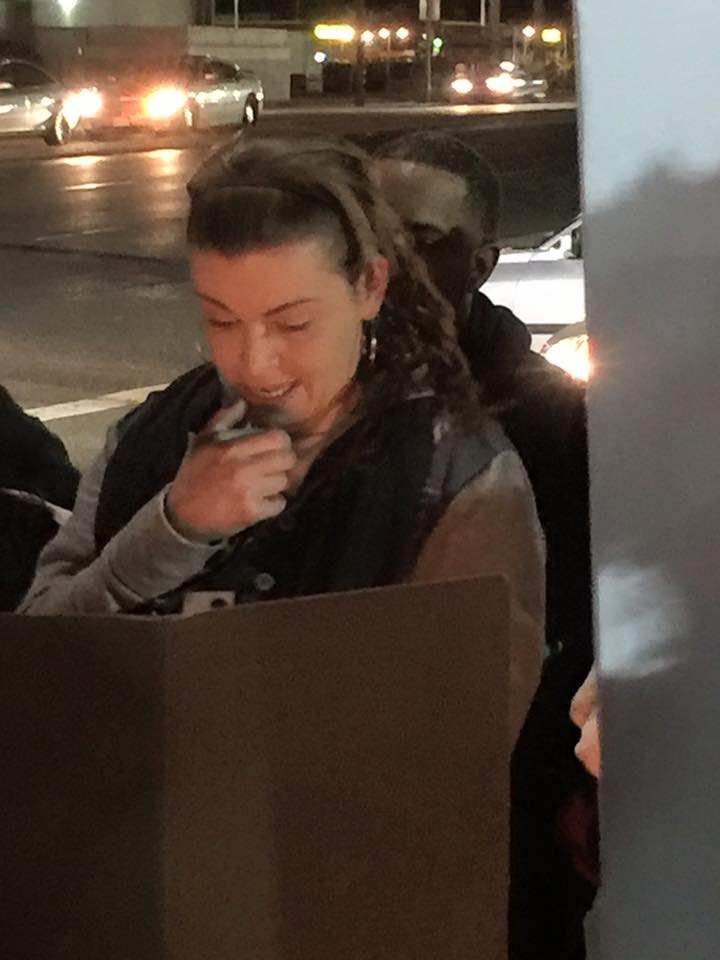 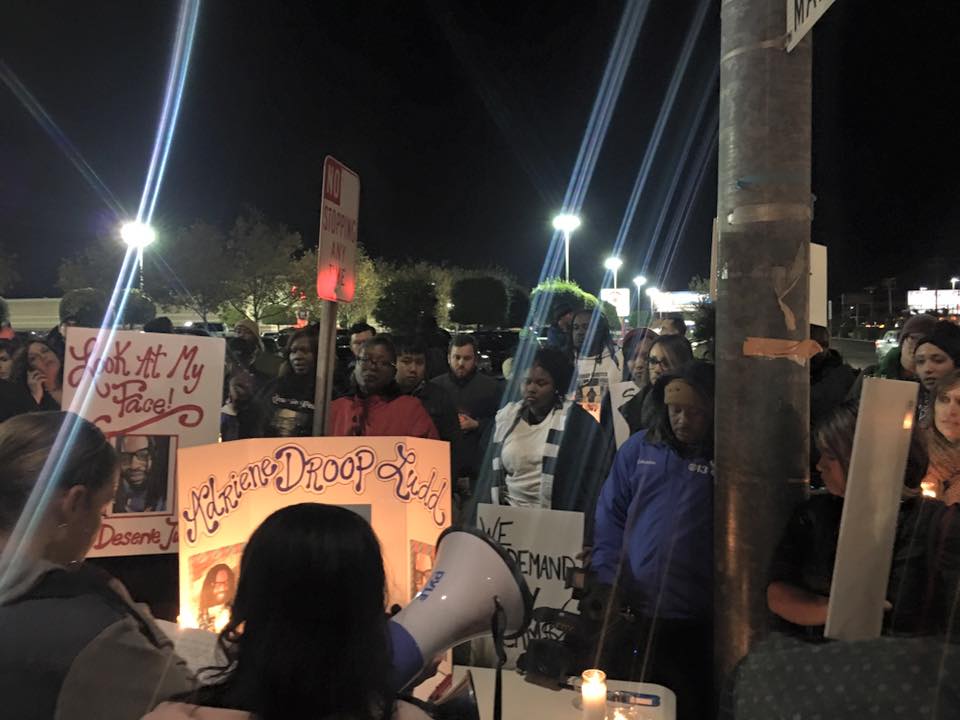 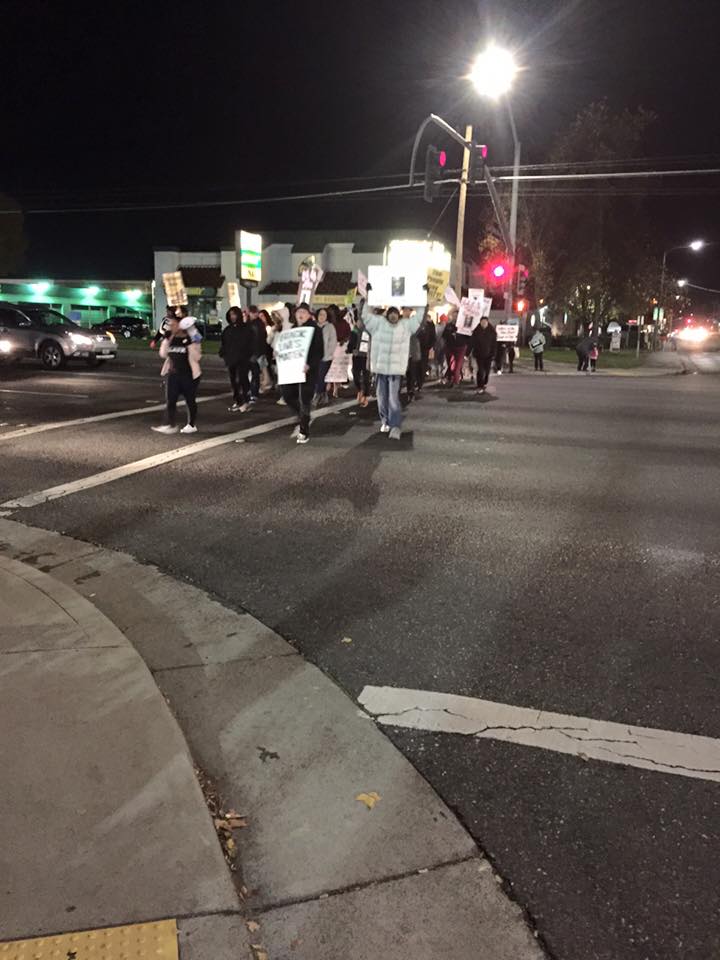 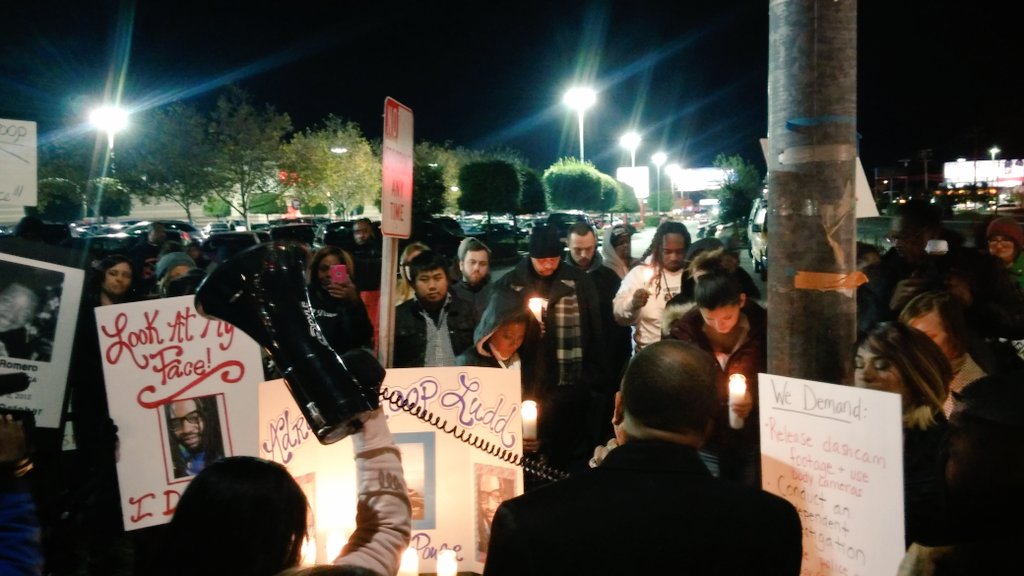 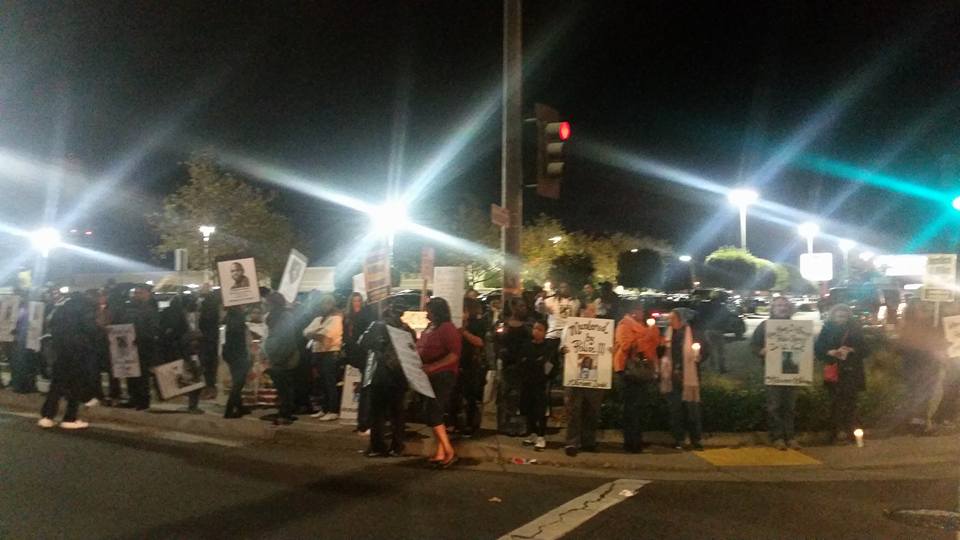 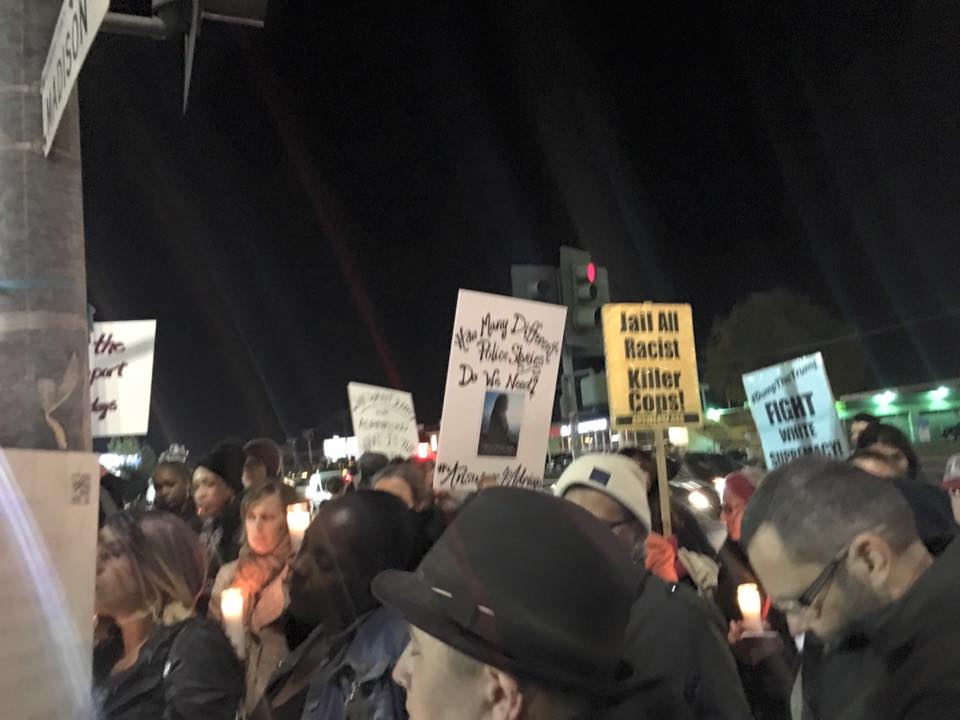 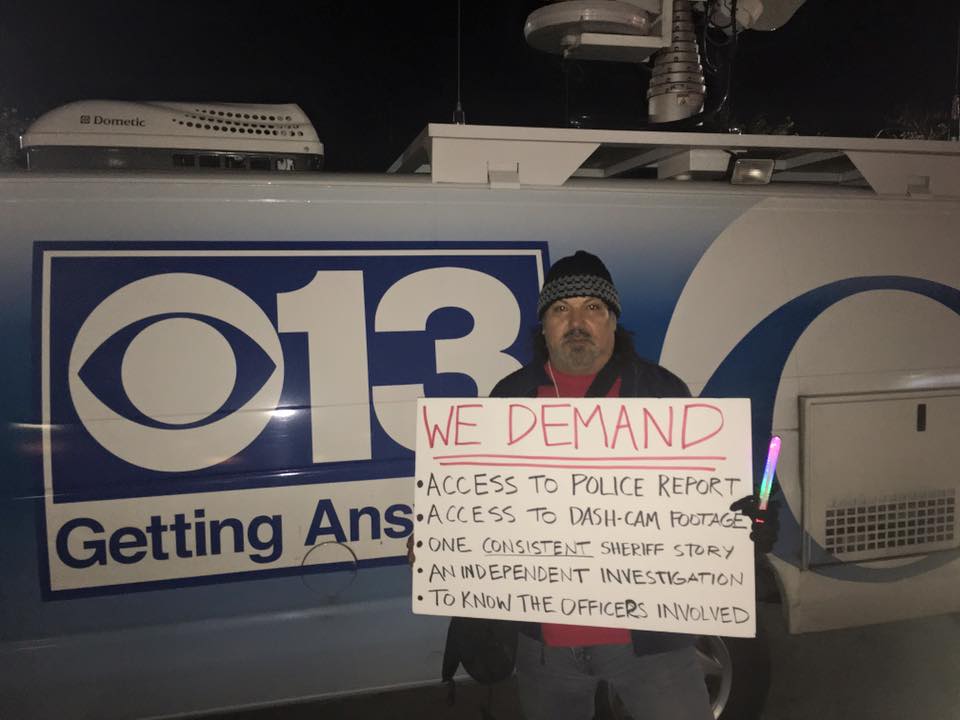 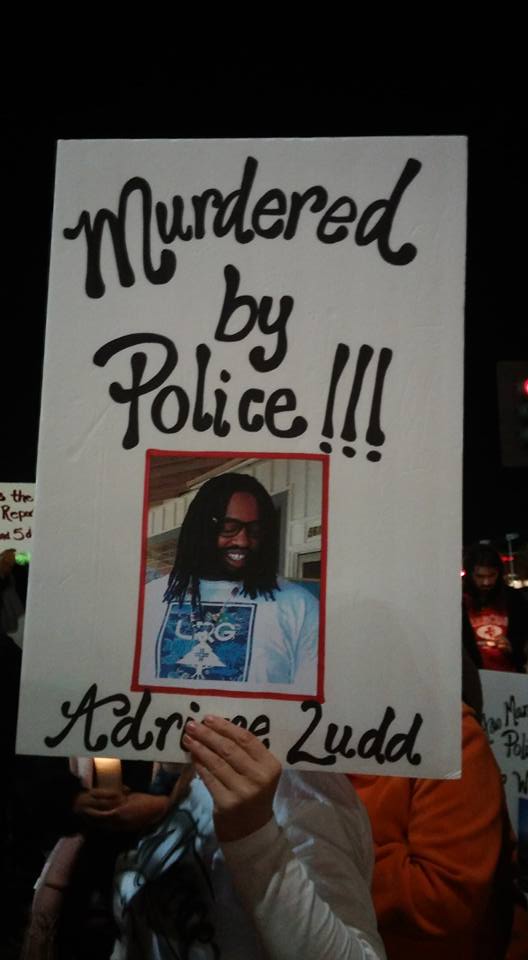 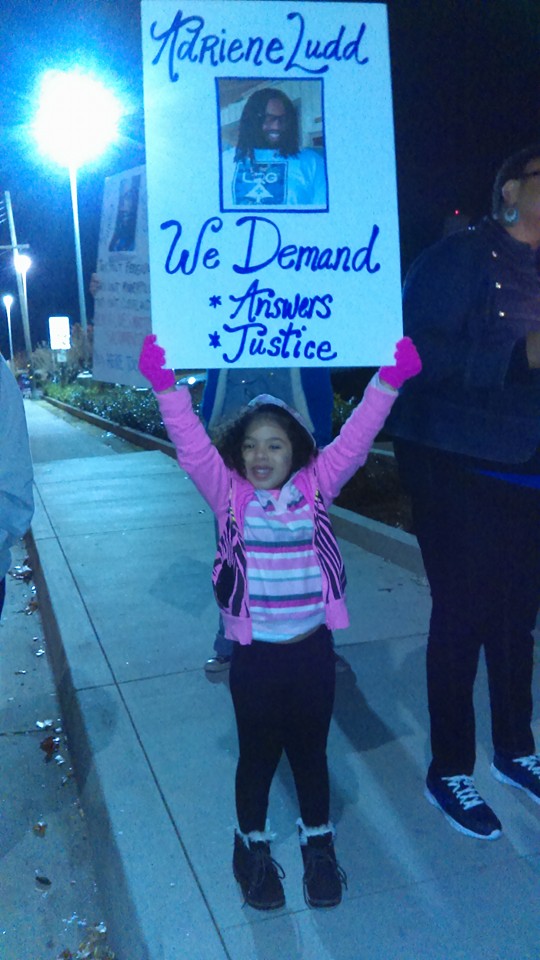 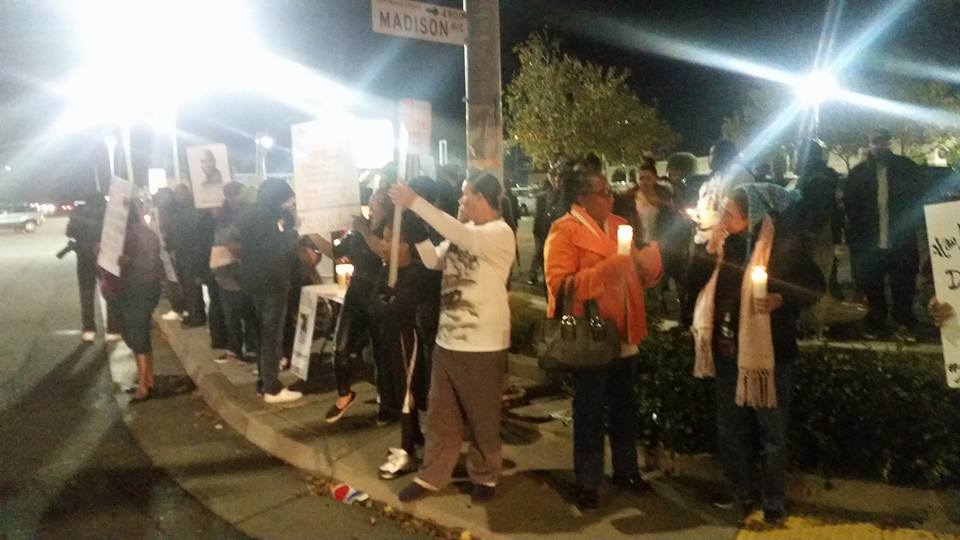 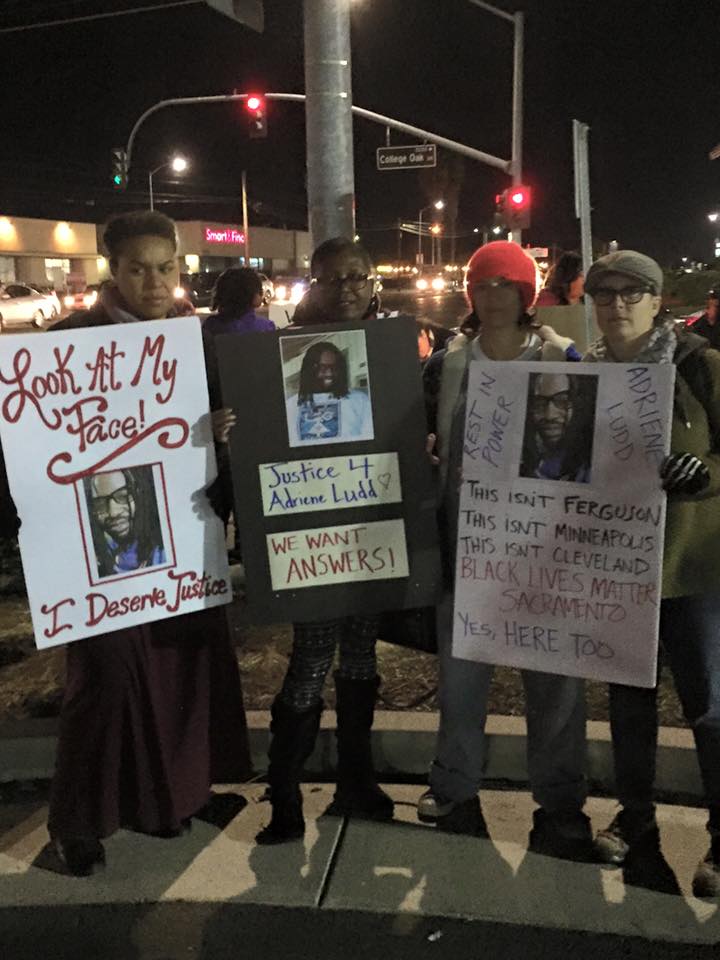 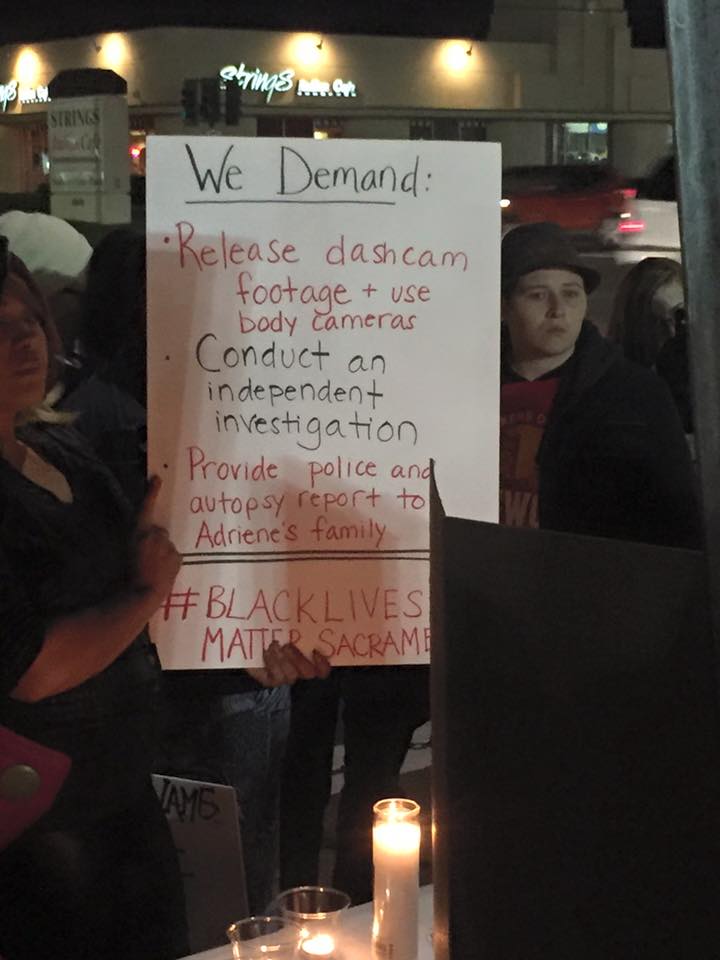 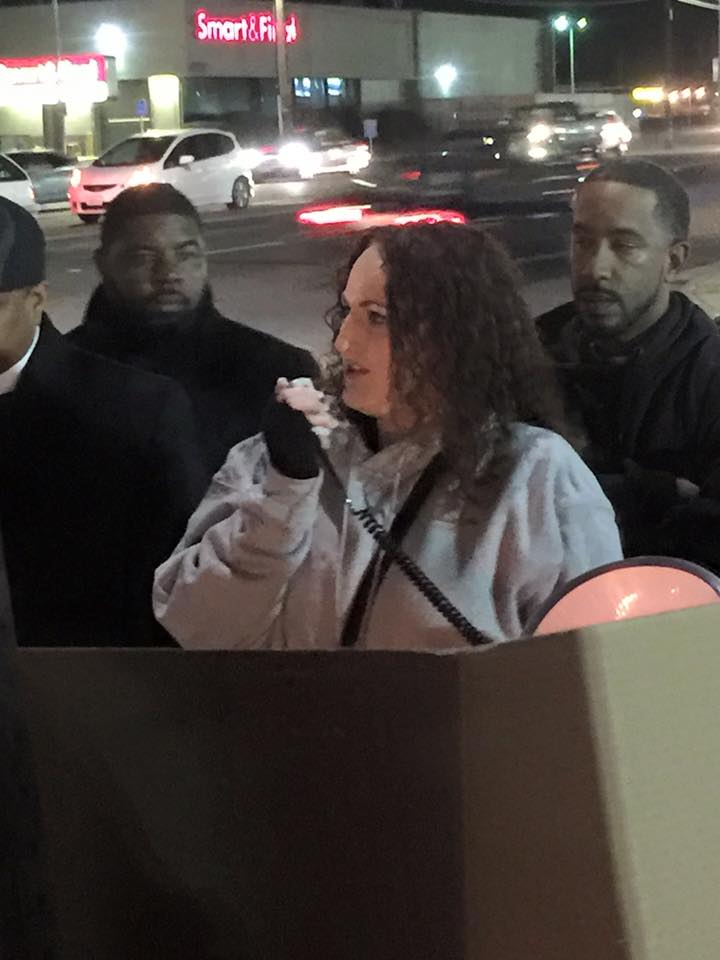 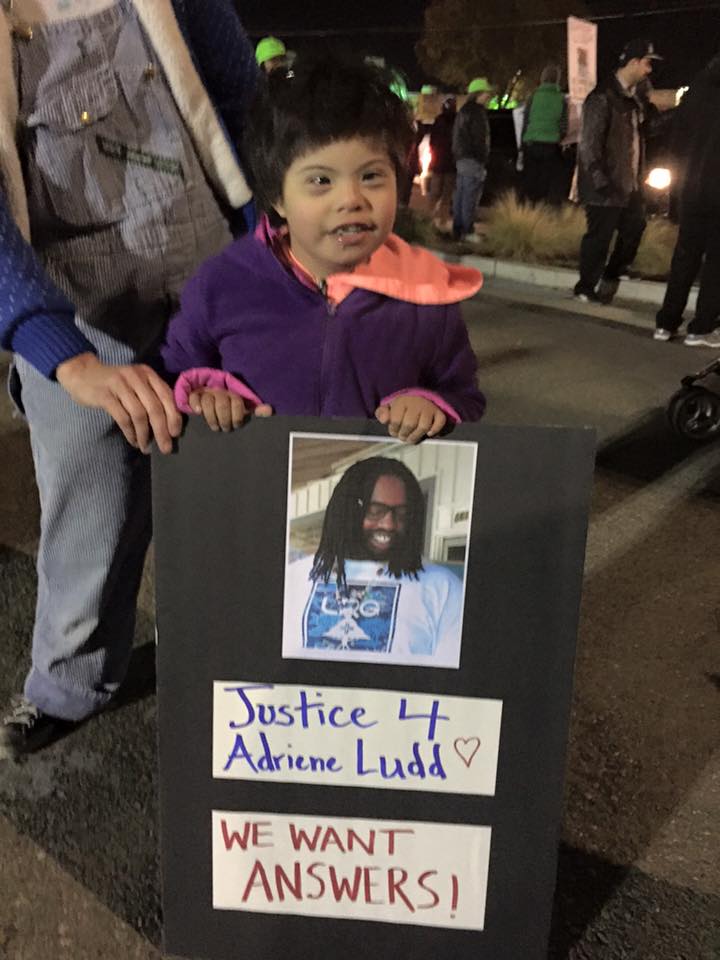 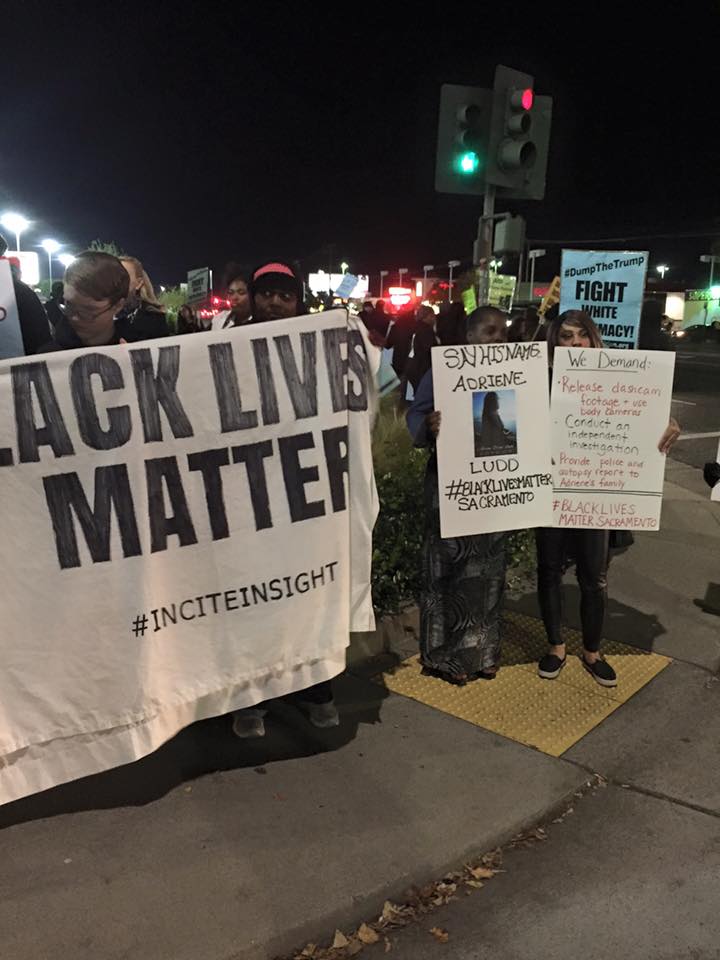 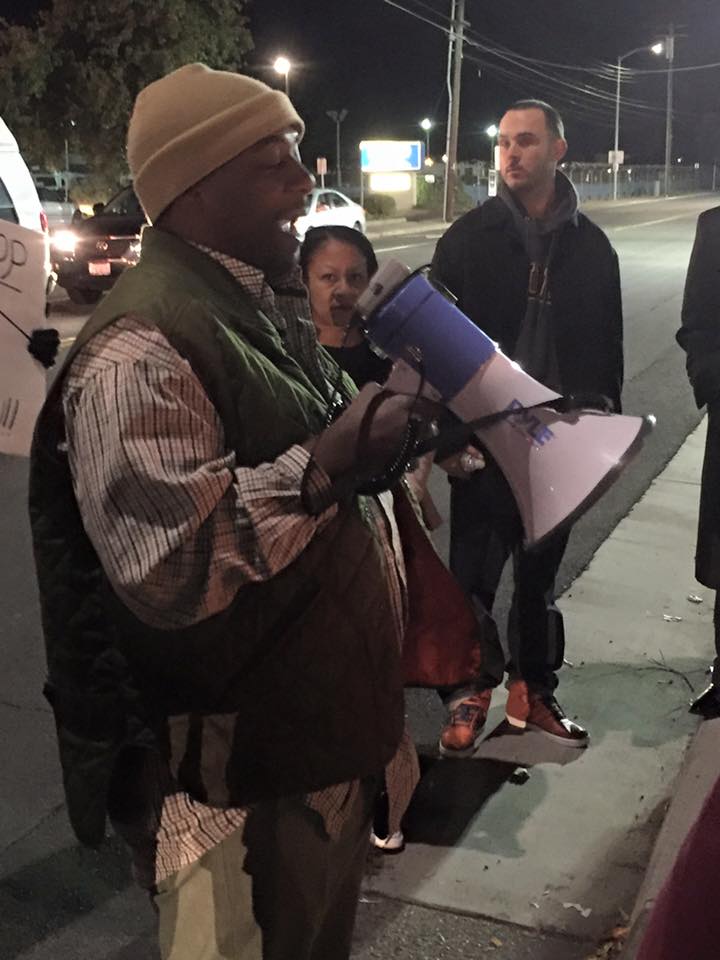